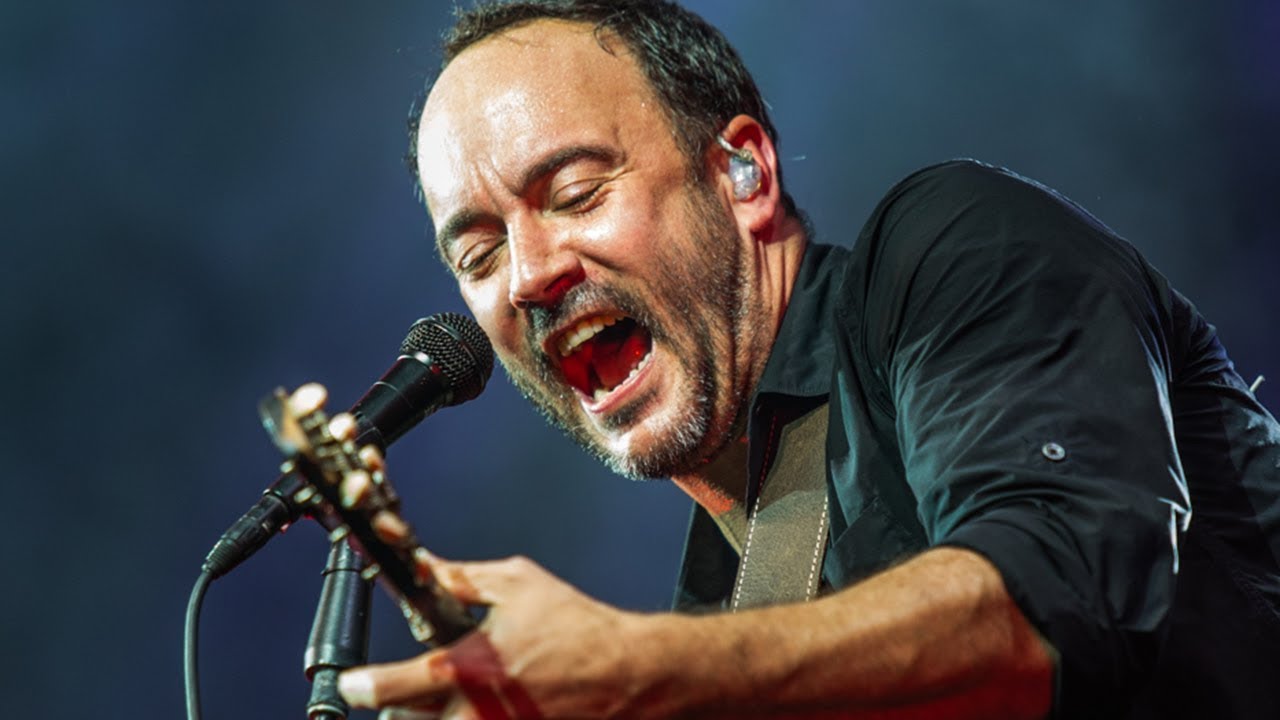 As one of the longest standing bands and most hard working on the live music scene, Dave Matthews Band have remained to be as popular as ever throughout the decades.

Fronted by the one and only Dave Matthews, the group have gone through many line-up changes throughout the years, but one thing remains the same and that is their professional sound.  It's no wonder they are still at the top of their game as the band have constantly showcased their creative abilities, through impressive performances and studio releases.

Although Dave Matthews Band formed in 1991, it wasn't until their major label debut album that they were taken to the next level in their career. Their first label release titled, Under The Table and Dreaming captured the hearts and attension of many music fans, not just within the US but all over the world.

With their newly established worldwide fame, Dave Matthews Band began on their journey of touring which til this day hasn't slowed down. They quickly became known for their 'jam' band style and their unique practise of performing their hit songs in a different way in each and everyone of their live dates has stuck with them right up until today.

For this alone, their fan base is one of the most eclectic and dedicated as they cross between styles and genre's and so many people from all walks of life - simply just love their music.

The 1990s was a successful first decade for Dave Matthews Band as they took to some of the world's most famous stages and recieved so much praise for their first two major albums, including recieving numerous Grammy Awards for their work - an amazing triumph so early on in their career.

Dave Matthews Band continued to gain popularity throughout the 2000s and entered into a new decade with yet another record, titled - Everyday.

The album release notably turned over a new leaf for the band with fresh new production. With a more polished sound, Dave Matthews Band veered away from their previous acoustic and jam genre's towards pop-rock and the album quickly became a major hit!

With it's commercial success, Everyday exploaded onto the charts with singles such as "I Did It" "The Space Between" and also their titled album track.

Over next following couple of years, Dave Matthews Band were keen to showcase their live performance talents and did so by releasing two live albums.

By 2003, Dave Matthews and fellow member Tim Reynolds released their own solo records, this highlighted on Dave Matthews personal abilities and paved the way for his own material which he often works on from time to time.

Although Dave Matthew's first solo album, Some Devil, gained enormous success, selling a mind blowing 469,000 copies in the opening week, this didn't hold back the band and Dave Matthews Band still played as a unit throughout the 2000s, including a whole summer long tour and an unforgettable four nights at the one and only, Red Rocks Amphitheatre.

In 2009, Dave Matthews Band dropped their seventh full length album, Big Whiskey and the GrooGrux King and once again took to the top of the charts, this time reaching the number one spot on the Billboard 200 which rocketed them into a platinum status. The record also gained nominations at the 2010 Grammy Awards and showcased yet another side to the Dave Matthews Band sound with elements of Jazz.

After a busy twenty years of making and performing music, Dave Matthews Band were ready to take a well deserved break in 2011. For the first time in two whole decades, DMB announced the news of their first year off touring in the entire length of their career.

Although reaching a 20th anniversary as a mainstream band usually gives way to a worldwide tour, Dave Matthews Band opted for the opposite and released a statement on their website.

"2011 is our 20th anniversary as a band and we want to celebrate by playing music together. While we are still taking the year off from touring, we've decided to plan a four multi-day multi-artist music events that will take place this summer."

By 2012 the band were fully returned and spent the summer performing at incredible festivals along side the likes of The Red Hot Chilli Peppers and more. That same year in the fall, DMB gave to the world their eighth studio album, Away from the World and once again blew their adoring fan base away.

Over the next few years, DMB continued to do what they do best and that is perform live, with countless concerts and tours reaching all corners of the earth including popular music festivals in the US and traveling to South America in Brazil, Argentina, and Chile. As well as Mexico for the first time in 2014 and going on to tour across Europe in 2015.

2016 marked an impressive twenty five whole years since Dave Matthews Band first began their career in music and this time they celebrated with a tour, performing across their home country and Canada.

In January 2018, Dave Matthews Band were back with another album release of Come Tomorrow, as it topped the Billboard charts at number one, DMB were thrown back into the spotlight and became one of their biggest selling albums of all time.

A year late in 2019, DMB hit the road again and performed on a 18 show tour across Europe and then quickly after returned to the US for a North American Summer tour. Dave Matthews Band made a stop off for a whopping fourty two shows and touched down at the famous Gorge Amphitheatre for not one, not two but three whole nights across the labour day weekend.

The band ended 2019 with a five date Latin-American tour - proving just how working they are, after a busy year of touring the world, DMB weren't ready to give up yet and released the announcement for a 2020 North American tour to take place. Due to the global pandemic of Covid-19, DMB were forced to move it to 2021.

But along side the updated dates of their tour, in true Dave Matthews Band style of not wanting to dissapoint fans, they set out to give a DMB Drive-In experience. 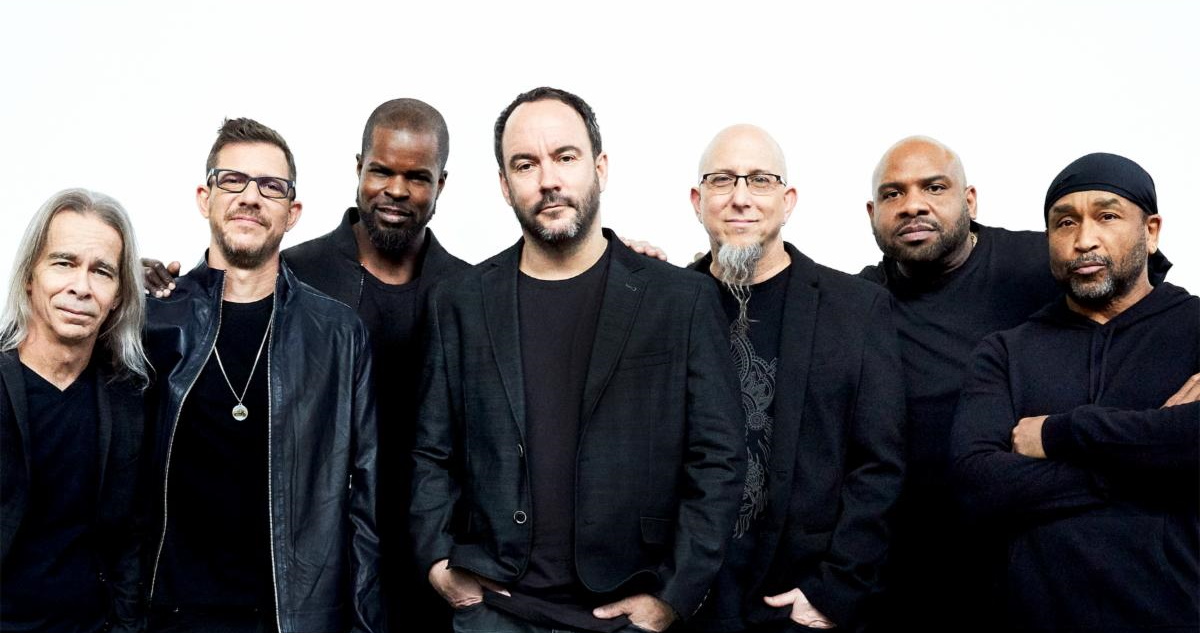 The American rockers Dave Matthews Band have given their long standing fans plenty of material throughout the years and have built a steady reputation as one of the most popular bands to see in concert.

With their ever changing setlists, Dave Matthews Band know how to keep things interesting, with their live improvisation and varied versions of their beloved songs.

Since the beginning of their career all the way back in 1991, the group have continuously impressed and have gained many awards for their sheer on stage and on the record talents...

If you love Dave Matthews Band and their incredible collection of music - don't miss out on their upcoming shows!

Tickets for Dave Matthews Band can be found right here with Ticket Squeeze!