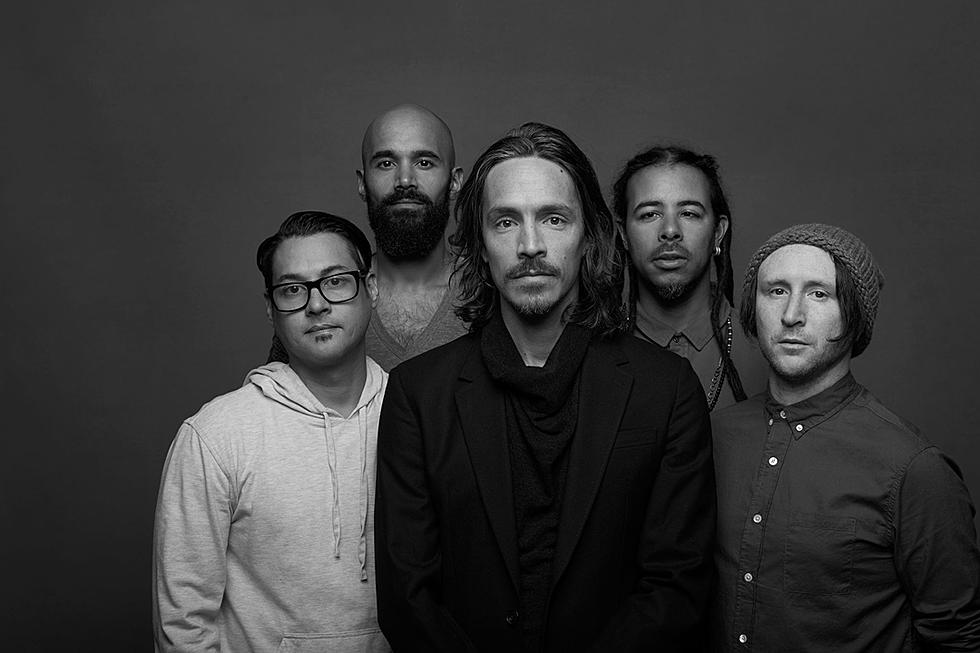 Fronted by none other than Brandon Boyd, Incubus have won over the hearts of many across the genre's and developed on their sound over the past almost three decades and now they are known as the biggest Alternative Rock bands to walk the earth.

Starting off in their hometown of Calabasas in California, Incubus gained their first fans within the Californian music scene and their roots have stayed with them throughout the years, noteably featured on their laid back track, Are You In?

After meeting in High School, Brandon, Mike and original bassist Alex Katunich started a music project and began performing at nightclubs on the LA's famous Sunset Strip, some of their highlights include at Whisky a Go Go, The Roxy and the Troubadour. As they found their love for creating and performing music, they started to record out of their study times and by 1995 began their music career with their first studio album, Fungus Amongus. With their initial release, these guys had no idea of the popularity that would follow.

By 1997 Incubus had gained attension from record labels and everybody wanted a piece of them. Within the same year they joined the masters of Nu Metal, Korn on an extensive European tour and the rest is history.

Incubus had gained the respect from performing along side Korn, System of a Down and 311 and progressed to releasing their second album, S.C.I.E.N.C.E. - the record as we know now of course transformed their career and put them on the music map as it featured some of their biggest early singles and showcased their funk inspired nu metal sound.

Within just a year of it's release, Incubus had sold over 100,000 copies of their album, purely down to the power of the music as they remained underground and didn't need media exposure and were able to tour non-stop. After a full touring session, Incubus were ready for a break and took two years to prepare their third album, Make Yourself.

Although S.C.I.E.N.C.E. remains to be a firm favorite for their long-term and dedicated fans, Incubus are best known for the singles that came out from their third release, with the likes of "Drive" and "Steller." The impact of Make Yourself once again pushed them into the limelight and led them to tour with Primus and Buckethead. During this time Incubus also released another single, "Pardon Me." After dropping an acoustic version of the song, radio stations across the nations picked up on it's appeal and gave exposure once again for their Make Yourself record, pushing it up to 500,000 sales, making it their first Gold certified album release.

As the likes of MTV and more blasted tracks from Incubus' first three albums, they went straight to the top of the charts and their major breakthrough success was well on it's way.

As Incubus exploaded across the mainstream music scene, they decided to take some time out and head back to their roots in California to gather inspiration for their 2002 album, Morning View. The record has become one of their most successful to date as it includes their unforgettable singles such as; Wish You Were Here, Nice To Know You, Echo, Are You In?, Warning and many more!

As it grabbed a spot in the top 10 on the Billboard's Alternative Charts, Incubus were now considered to be an iconic band in the Nu Metal and Alternative rock scene. Within the same year of it's release, Morning View certified double platinum and their music video's from the record were played non-stop across the music channels for all to see and became the 40th best selling record of the entire year!

Incubus now had four albums under their belts and were at the top of their game and continued to keep the success going and followed it up with another record release with 'A Crow Left of the Murder...' they described the album as more tenchical and more in keeping with their original metal sound with singles such as "Megalomaniac." In support of it's release, and all of their previous success gained, Incubus headed out on a worldwide tour to give their fans an unforgettable experience featuring all of their biggest songs to date.

By 2005, Incubus headed back into the studio and by 2006, they released their six studio album, Light Grenades which hit the number one position on the Billboard 200! A huge triumph for the band as it gained them their biggest mainstream success and included singles such as "Anna Molly" which remains one of their most famous tracks today. During the next few years, Incubus were a firm name on the live music scene and performed all over the world including New Zealand, Australia, Singapore, Europe, North America and more.

After a solid ten or so years of touring, writing and releasing various albums, Incubus took a break in 2008 to get back to their families and personal life, an important factor to be able to continue their music career.

In 2009, they gave the announcement of their greatest hits album, Monuments and Melodies, which of course fans all over the world were estactic for as it became another record to add to the Incubus collection. Following this, Incubus gave their North American fan base a treat and performed across Amphitheater's during the summer of 2009. Songs from the album once again hit the charts and Incubus were at number seven on the Alternative Songs list. The band also announced that although their creative juices are ever flowing, they were aiming to slow down for the next few years.

After a few years of taking time out and allowing space for Brandon Boyd to focus on solo material, Incubus were back to creating together again and by the summer of 2011 they released their album, If Not Now, When?

Incubus were truly back to their old selves and hit the road for an intense eighteen month tour to support their newest release. Along with their own headline tour, they also took to the road in 2012 to join Linkin Park on the Honda Civic Tour and at the end of the year they brought to light a compliation album, The Essential Incubus which highlighted on some of their greatest releases from 1997 - 2011.

In 2016 the band reformed once again to create their eighth record to date and in 2017, they released their album titled 8. They dropped their single "Nimble Bastard" off the record and announced a summer tour with support from Jimmy Eat World and Judah & The Lion. Together their toured extensively, covering South America, Asia and Europe.

In 2019, Incubus brought to the world their latest and exciting single "Into the Summer" and as they were back to crafting their incredible music, they marked their 20th anniversary since the release of their ever-famous and unforgettable album, Make Yourself.

In keeping with this epic anniversary, Incubus announced that they will be heading back out on the road to celebrate and bring Make Yourself back to life!

This news has had fans worldwide rushing to grab the opportunity to be there as in recent years Incubus live dates are hard to come by!

Incubus are now a legendary band in Alternative rock and are one of the longest-standing in the genre, as they celebrate their iconic career, don't miss out on your chance to see them live in concert.

Know for their epic catalogue of music, Incubus are one of the best long-term bands on the Alternative rock scene.

From their 90's songs from their S.C.I.E.N.C.E album to their early 2000's singles such as; Nice To Know You, Are You In, Warning and more they effortlessly blend elements of Hiphop and Funk with Metal to create thieir famous and instantly recognizable sound.

Throughout the years, Incubus have gained a wide spread following all around the globe and have touched down on some of the biggest stages and always give a hard hitting, memorable performance.

Want to witness his incredible Incubus live in concert?! Here's your chance! Keep up to date with all of Incubus latest tour releases and secure your tickets as they come to a city near you!