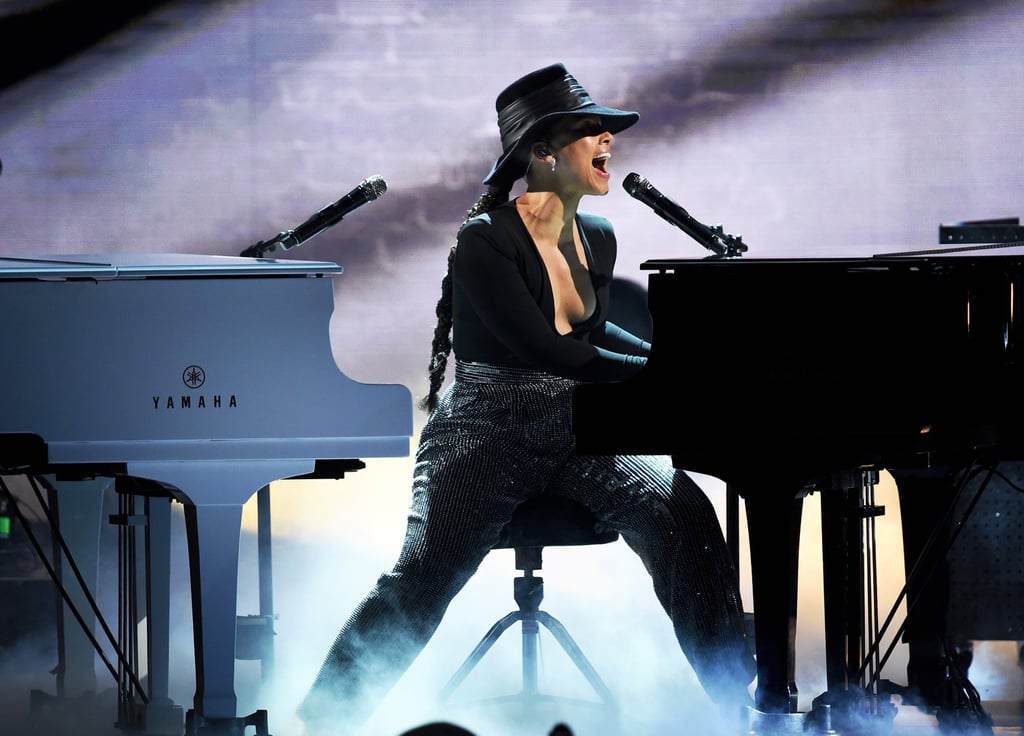 Alicia started out in life growing up in a mixed household with her Italian mother and African American father, this blend of cultures helped Alicia to relate to the masses and understand people's struggles, which comes across so clearly in her own songwriting.

At just two years old, her father left and her mother raised her from then on, with their beautiful bond, Alicia Keys learnt about the importance of female power from a young age.

"It helped show me what a strong woman my mother was, and made me want to be strong like her. Probably, it was better for me this way."

With her whole world consisting of her and her mother, who worked non-stop to support the family, Alicia was shown the importance of hard work and was influenced by her mother's abilities to put her child first and true self-dependant survival.

Growing up in New York City in a humble setting, meant that Alicia found herself right in the centre of diversity between people of different cultures and race, along with seeing the beauty in the concrete jungle around her. (This would later spark her idea for the song "Empire State of Mind" recorded with American rapper Jay-Z).

Alicia talks about how her upbringing had a direct influence on all of her songwriting, but before she became the woman we see before us today, she struggled with her own self esteem issues and how she always wanted to just hide from the world.

Our introduction to Alicia Keys back in 2001, with confident exterior and unique appearence with her trademark cornrows, showcased a completely different layer to how she was feeling on the inside and throughout her career Alicia has continue to work on what truly makes her happy, all of these ranges of emotions and feelings have made her songs even more impactful and with the wish to be a successful, driven, confident and happy soul, Alicia Keys has almost healed herself and created her ideal person as she has found the power within herself through music.

As a classically trained musician, Alicia Keys has become one of the most talented female pianists and vocalists in music history, known best for her work with the R&B, Hiphop, Jazz and Soul genre's.

As she grabbed the spotlight with her first mainstream releases in the early 2000's, writing and producing some incredible and unforgettable albums, it's hard to imagine the modern world without Alicia Keys in it as she has become a constant name in music for the past two decades.

At the age of just 16 years old, she had signed a recording contract and gained a manager that helped her to create her stage name and presence and Alicia Keys was born. With talents way beyond her years, she wrote songs such as "Rock wit U" and "Rear View Mirror" which would appear on the soundtrack for block buster films.

With her unique appearence and personality, the record label were convinced that she wouldn't be able to make it in the mainstream world as she might not fit into the pop genre box and called her "too urban."

But as she made her debut, Alicia Keys was widely accepted and appeared on The Tonight Show and on Oprah's show along with Jill Scott and India Arie. Alicia of course performed her mesmerising track "Fallin'" which became her debut single and hit the number one spot on the charts for six weeks in a row!

Alicia Keys was an instant hit and she realised she had the strength and capability inside her all along.

Her first album, Songs in A Minor has stayed as one of her most loved records of all time as it included Fallin' along with her next few singles, "A Woman's Worth," "How Come You Don't Call Me" and "Girlfriend." All four singles hit the Billboard charts and put her straight at the top for the must-listen and must-watch artist within the R&B and Hiphop genre's.

The Diary of Alicia Keys

As the fresh new and exciting female artist on the scene, Alicia Keys kept the ball rolling with her second release of "The Diary of Alicia Keys" the album once again gained the number one position on the Billboard 200 and became a four time Platinum success.

The album included some of her biggest work to date with singles such as; "If I Aint Got You" and "Diary" "A Woman's Worth" "Karma", she stayed in the top ten for months to come and with "If I Ain't Got You" - considered to be her greatest song of all time, she remained on the Billboard Hot R&B songs chart for a whole year!

Alicia Keys success continued to grow and she later collaborated with Usher on "My Boo" which took her to the next level. And her career quickly became legendary as she perfomed on the famous MTV Unplugged series with a mix of her original material and cover songs.

The recordings from the live show were captured into an album titled "Unplugged" and sold two million copies worldwide, it also became the highest selling MTV Unplugged album since the unforgettable 1994 showcase of Nirvana.

As now a superstar name, Alicia Keys was more than ready to release her third studio album by 2007, fittingly titled "As I Am," back with a slightly different take on her music as we had seen before, she released huge singles such as "No One" "Like You'll Never See Me Again" "Superwoman" and "Teenage Love Affair" - all of the songs topped the charts once again and Alicia recieved enourmous recognition with record breaking sales and nominations and wins at countless award shows.

After the album release, Alicia was involved in a range of TV and film appearences including her role in The Secret Life of Bees. She also co-wrote and performed the theme song for the Quantum of Solace movie with Jack White, a triumph for any artist as securing the soundtrack for a James Bond movie has become legendary in itself.

After her collaborations, Alicia returned to her own work and created her fourth album, The Element of Freedom in 2009. It included singles; "Try Sleeping with a Broken Heart" and once again pushed her into the Billboard charts.

In 2010, Alicia Keys had announced that she and Swizz Beatz were engaged and having a baby together and later that year, Alicia became a mother, which she has described as being a life-changing experience for the better as she has learnt so much about herself through being a parent.

After having a year off to dedicate her time to her newly born son, Alicia Keys was back in 2012 with her fifth release of "Girl on Fire." The record has become something of an anthem to encourage her fans to follow their dreams and find their own unique strength. With it's self-titled single, it also highlights on Alicia's own female power and showcases a new side to her creativity.

Throughout her career from her early days right up until now, Alicia Keys has remained at the top of her game with staying true to her own roots and flowing with the modern world as it continues to change.

In most recent years, she has collaborated with artists such as; A$AP Rocky, The Weeknd, Eminem and Justin Timberlake and continues to hit the road to perform her wide collection of material to some of the biggest stages around the globe!

She has also been a big part of the TV Series, The Voice as she featured as a new coach on the show, showcasing her talents even more and also presented and hosted the 61st Annual Grammy Awards.

Her epic career has left so many fans in awe of this R&B, Soulful goddess and her songs continue to inspire the masses!

There is no sign of Alicia Keys stopping any time soon, you can expect to keep seeing her live in concert for many years to come.

The piano songstress Alicia Keys grabbed everybody's attention back in the early 2000's, with her iconic look and her unseen before natural charisma and incredible songwriting abitlies.

With her chart topping releases, we saw the sassy vocalist expload onto the mainstream music scene and kick start her long-standing career that has captivated many music lovers around the world!

With singles such as her first big hits, "Fallin" "If I Aint Got You" "You Don't Know My Name" and more to her more recent and memorable tracks such as, "Girl on Fire" "Superwoman" and "In Common."

Alicia Keys has inspired so many artists across the genre's with her soulful licks and female power - if you love her music then be sure to catch her live in concert in a city near you!

You can find her latest tour dates here, keep up to date with them as soon as they are announced!