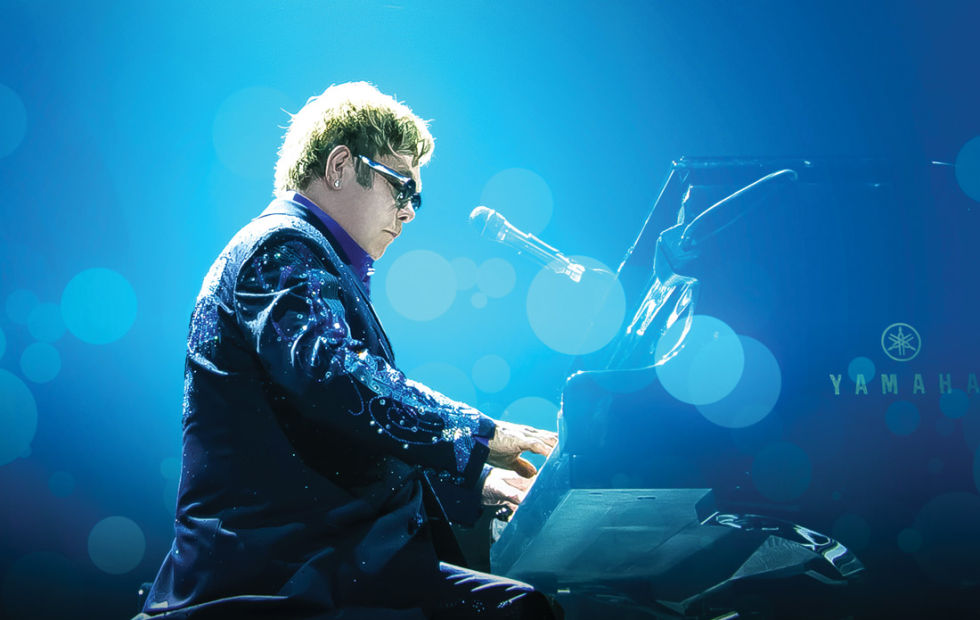 As one of the most successful artists in music history, Elton John has sure made his mark with a wide collection of groundbreaking songs that have influenced and delighted fans along the way.

With his right hand man, Bernie Taupin providing outstanding lyrical content, together they have perfectly crafted some of the biggest singles ever released. With a whopping 300 million records and still counting, Elton John is one of the highest selling musicians to walk the earth. Throughout the years he has progressed to being a flawless performer, known for his eccentric on stage costumes and of course his instantly recognizable sound.

Elton John kick started his career all the way back in the mid 1960's, as he had learnt piano from an early age whilst growing up in London, England. By 1962, Elton joined his first band with elements of Rhythm and Blues music. After developing his own sound and meeting Bernie Taupin in 1967, together they began co-writing songs and the rest is history. With their work writing for fellow artists such as Lulu, The Hollies, The Scaffold and more, by the end of the 1960's they were more than ready to progress to their own sound and gave to the world groundbreaking singles such as "Your Song" in 1970 which of course was a masterpiece release and gave Elton John the platform he needed to continue his career in music.

Following the single release of "Your Song" which became an instant hit on the UK and US charts, Elton John released his second self-titled album and hit the ball rolling for his future success, as the record took to the top 5 across the Billboard 200 and UK Albums Chart.

Elton John continued to showcase his music through live performances around the world including a night at his first ever US show at The Troubadour in LA. With his American fan base ever-growing, he released his next album titled 'Tumbleweed Connection' and he once again went straight to the top of the charts. Elton John's effortless songwriting abilities were becoming a sensation and his fans couldn't get enough of his music, with a great songwriter such as Elton, the only true way to appreciate is to see him live in concert, leading him to release a live album from NYC and travel the world on tour.

With Elton and Bernie's amazing abilities, it made total sense to write for hit films and to be featured on soundtracks, together they started their long-standing film music career, with the 1971 movie, Friends. During the same time, they once again took the spotlight with another album, which included some of their biggest work, such as the timeless single "Tiny Dancer." As the releases kept on coming, Honky Château in 1972, spent an incredible five weeks in a row as the number one album in the US. With even more unforgettable songs such as "Rocket Man" which is arguarbly Elton John's biggest and most famous single of all time.

Throughout his first decade in mainstream music, Elton John released some of the most iconic records from his career, along with the titles listed above, he also produced, Don't Shoot Me I'm Only the Piano Player along with Goodbye Yellow Brick Road which is known for hits such as "Bennie and the Jets" "Candle in the Wind" and more, the record defined his look and sound and Elton John was named as a glam rock artist and one that was already so very established not just in his home country of England and the rest of the UK, but within the US and the rest of the globe.

Just two years later, Elton John was able to release a collection of his biggest hits so far, with a Greatest Hits album which captivated the hearts of so many of his UK and US fans and created sales of over 16 million in the US alone.

Over the next decade his spent his time collaborating with the likes of John Lennon and wrote some of The Beatles greatest songs such as "Lucy in the Sky with Diamonds."

Just ten years since he made his first debut, Elton John was back with his impressive eight studio album, Caribou in 1974 and once again topped the global charts. As his music had become legendary and his work within film scores, Elton John's career took a turn towards rock opera on Tommy and performed The Who's song Pinball Wizard in the style.

In 1976 he continued his collaborations with Kiki Dee duet with "Don't Go Breaking My Heart" which became his most successful release as it made it to the number one spot in several countries around the world. His next collaboration with Gary Osbourne showed a different side to his music as he wrote groundbreaking UK singles "Part-Time Love and "Song for Guy."

During the 1980's Elton John was at the top of his game with his iconic stage attire and another string of impeccible songs such as "I'm Still Standing" and "Nikita." In 1985 he performed along side a long list of musicians and singers alike at the Wembley Stadium, Live Aid concert. And also showcased his own headlining show for an amazing five nights in a row at Madison Square Garden in NYC.

After Elton John's initial work in writing for the rock opera, Tommy, his career has taken him to new levels throughout the decades and has led him to songwrite for many musical productions, both on stage and within blockbuster movie releases.

Elton John is widely known for his work in the Disney movie, The Lion King with songs such as "Circle of Life" and "Can You Feel The Love Tonight" which were very much a part of the storyline. The musical later debuted on Broadway and London's West End and became the highest selling Broadway and Theatre productions of all time.

As well as The Lion King, he also wrote scores for Disney's Aida in 1999 and recieved several awards for his legendary work.

By 2003, Elton John had proven himself as an award winning, global superstar and between his musical songwriting, gave his fans another single "Are You Ready For Love" which became another timeless classic.

He continued his work within the West End and composed songs for Billy Elliot the Musical which became another incredible triumph on the theatre production scene, hitting the stage across London, Sydney, Melbourne, Chicago, Toronto, Seoul, The Netherlands, Brazil... the list goes on and on.

It's pretty clear to see that Elton John is renowned for his career in music history, with an uncountable list of single releases, iconic albums, flawless songwriting, not just within his solo work, but with his co-writing, songwriting for others and of course his work across the board for hit musicals. Elton John always gives unforgettable performances and now with a successful career under his belt, he continues to spread the joy and take his fans on a journey back in time with all of his biggest songs to date.

Join Elton John at a venue near you as he showcases all of his music in the best way he knows how to. With his Piano at his side - Elton John will give you goosebumps, have you singing along to all of the words and leave you with memories that will last a lifetime.

Stay up to date with Elton John's concert listings and tours for your chance of a lifetime to see him perform live in concert! 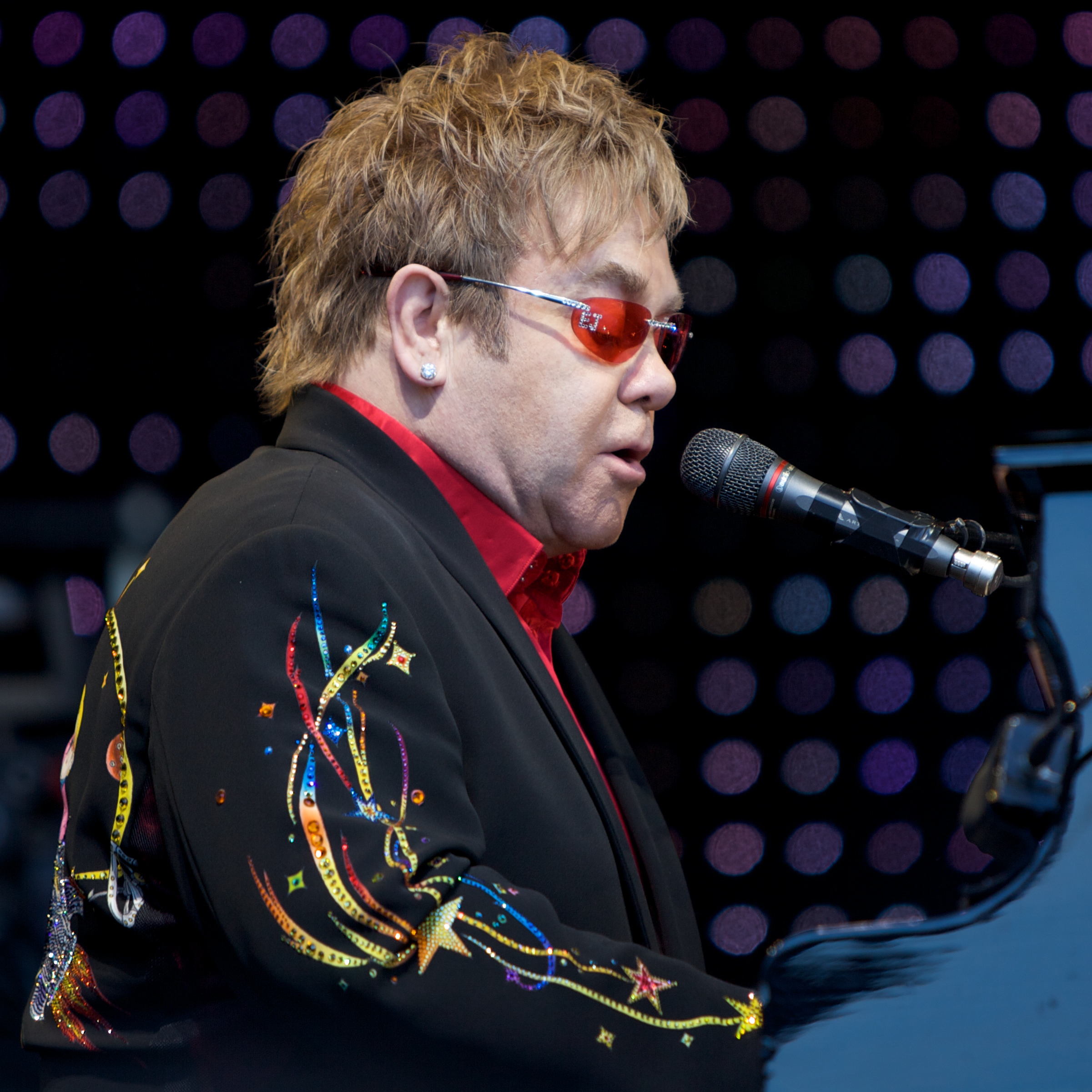 As one of the greatest songwriters of all time - Sir. Elton John truly needs no introduction! This iconic musician and worldwide superstar has graced us with some of the most memorable songs that have stayed in the hearts of so many throughout the decades!

With his groundbreaking singles such as; "Your Song" "Tiny Dancer" "I'm Still Standing" "Bennie and The Jets" "Don't Go Breaking My Heart" "Rocket Man" - the list goes on and on!

Elton john is known across the board for inspiring his ever growing fan base, along with fellow musicians and songwriter's for his impeccible, outstanding and flawless work.

His timeless classics still truly live on and Elton John is showing no sign of stopping in bringing them to the live stage for everyone to enjoy!

Catch his latest tour announcements and exciting dates as soon as they are released right here!