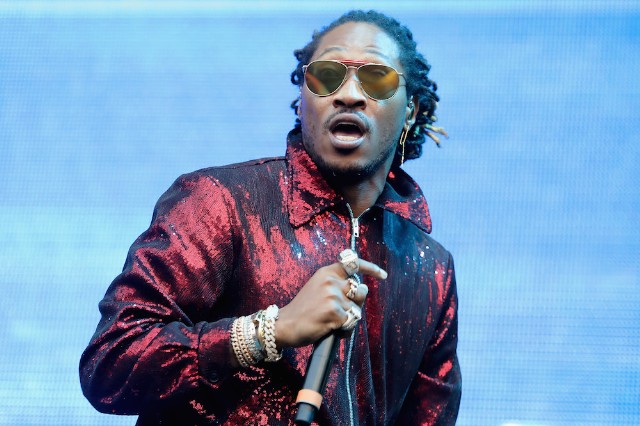 Throughout the last few years Future's career has grown infinitely and continues to with so much hype surrounding him. As he has worked with some of the biggest and baddest names on the Hiphop and R&B scenes including; Pharrell Williams, Kanye West and a big helping hand from Drake. It's no wonder that people are now stopping in their tracks to see what Future is all about.

Hailing from Atlanta, Georgia, Nayvadius Wilburn aka Future first started off his music career as part of the collective "The Dungeon Family," throughout his work within the group, he was given the nickname "The Future" and the idea for his artist name was born. Growing up he struggled with life on the streets and luckily his cousin Rico Wade was there to support him and encouraged him to make a career in music to change the way he was living at the time. With his talents in songwriting and rapping he became interested in being a part of the Hiphop genre and with the help of his cousin, he quickly found his unique sound that we all know and love today.

Future was well on his way to persuing his dream and between 2010 - 2011 he created and released to the world a series of mixtape records. Along side of his solo career, Future was already gaining a reputation for his collaborative work and mindset and was featured on YC's track "Racks." During his time starting out on the local scene, clubs in Atlanta were often playing his singles on repeat and with the support of his hometown, Future was already becoming a well known artist.

The next step for Future was to find the perfect deal with a label so that he could branch out from the underground and local scenes, with the help of Epic Records, Future dropped his first biggest Mixtape to date "Streetz Calling" which was picked up from critics and reviewers across the US, creating a positive response to the release and detailing his fresh sound, lacking from the Hiphop scene at the time.

His recognizable sound had pushed him towards the mainstream and soon everybody wanted a piece of him from MTV to The Fader, the hype surrounding his name was explosive.

With his debut album release of Pluto back in 2012, Future gained enourmous success and attension, with his single "Magic" he had finally made it on to the mainstream charts, included in Billboard's Hot 100. The record included collaborations from Drake, R.Kelly, Snoop Dogg and more - Hiphop fans around the globe were wanting to know who Future was and quickly he became the biggest new name on the block.

Just one year after it's release, Future was already back with another studio record Future Hendrix and was once again taking the world by storm, with another feature from Kanye West and Drake, but also this time from R&B stars such as Rihanna, Kelly Rowland, Ciara and the legendary André 3000 from Outkast, making it clear to his growing fan base that his soundscape can cross over between the genre's.

His songs were taking to the top of the charts and with his success on record, Future began touring with Drake and the underground music scene was now behind him.

Now that Future's name was taking over the charts, he continued his collaboration with rapper Drake and together they created their first co-written album. The record was a success, hitting the number one spot on the Billboard 200, Billboard R&B and the Billboard Hot Rap Songs, this moment was groundbreaking for Future as it was the first time a rapper had gained two number one studio albums in the same year, in the last eleven years to date!

This triumph was proving once again that Future has what it takes to become a superstar in his own right and with 334,000 sales and counting under his belt, he was well on his way to being one. Rolling Stone featured Future on their cover and 2016 became his breakthrough year.

In 2017 Future released his self-titled fifth studio record, along with another album titled Hndrxx, not only is it rare to have so much brand new material out in one go, but dropping two albums at the same time is unheard of. And both topped the charts once again at number one!

With all of his previous work to date, Future was now known as the hottest artist right now, his previous collaborations meant that some of the biggest names in music wanted to meet him and work with him also so it's no wonder that Ed Sheeran and Taylor Swift snapped up the opportunity that same year.

After the mind blowing success from his two albums, Future was on the road showcasing his songs to the world and by 2019 was ready once again to give his fans a brand new record, following up from Hndrxx, this time with Future Hndrxx Presents: The Wizrd.

Without a doubt his latest material has followed in the same footsteps and Future grabbed the number one spot once again on the US Billboard 200. Along with his chart success, he also won his first ever Grammy Award for Best Rap Performance!

Future has had a non-stop career so far and doesn't give any sign of stopping, with his latest EP, Save Me.

If the last few years are anything to go by, Future is going to remain to be included in the future of music as he always knows how to craft a song that sounds fresh, current and before it's time!

Get ready to experience Future live by following updates on his tour dates right here, don't miss out on your chance to be a part of something truly special! 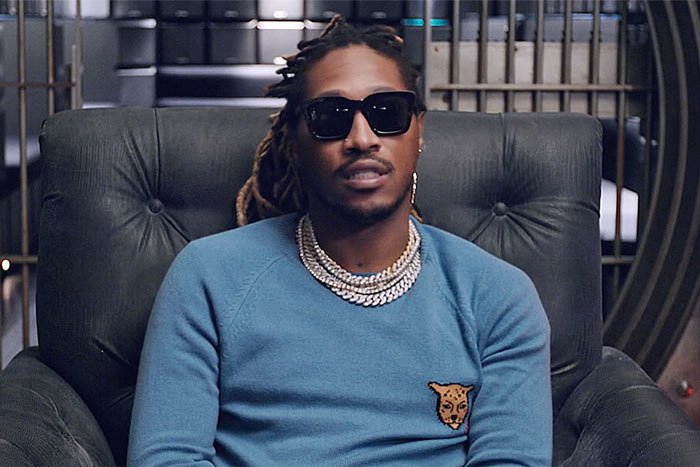 With his chart topping releases, the name on everybody's lips right now is Future.

As he has had the support from so many artists across the mainstream music scene, the Rapper Future is truly becoming the future of music.

With his groundbreaking singles such as; Mask Off, Low Life, Turn On the Lights, Never Stop and more, Future's tracks have pushed him into the limelight of recent years and his tours are at the top of the list for one of the must-watch, must-see artists of the year!

If you love Future and can't wait to see what he has next in store, then be sure to keep up to date with all of his concert listings as soon as they drop!

Find your nearest city and stay tuned as Future takes to the stage on his world-wide tour!