Lizzo was born Melissa Viviane Jefferson on April 27, 1988, in Detroit, Michigan, where she lived with her parents until the age of 10, when they moved the family to Houston, Texas. She began rapping a few years later, hanging around Alief with her friends in a group known as the Cornrow Clique, which they formed when she was 14. Lizzo and her friends were known to call in to local radio stations to enter rapping competitions. At that time, she also fell in love with gospel music and began taking flute lessons, playing in her school's marching band.

After finishing high school, she earned a music scholarship at the University of Houston, where she studied classical flute performance and played in a marching band once again. However, at 21, Lizzo lost her father, which left her heartbroken. For a year, she attempted to break into the music industry, and at one point resorted to living in her car. In 2011, she made the decision to relocate to Minneapolis, Minnesota to kick-start her career.

Minneapolis proved to be a hotbed of opportunity for Lizzo, who began performing in several musical outfits, including Lizzo and the Larva Ink, which was an electro soul-pop duo. She also formed, The Chalice – a three-piece all-female rap/R&B group that released its debut album, We Are the Chalice (2012), to local acclaim. The following year, she branched out as a solo artist after expressing her desire to work with Minnesota indie hip hop collective Doomtree's producer Lazerbeak, who agreed. The resulting album, which was also co-produced by Gayngs' Ryan Olson, was called Lizzobangers (2013), and it caught the ear of Har Mar Superstar, who offered her an opening slot on his 2013 US and UK Tour.

2014 saw Lizzo appearing with Chalice on the song "BoyTrouble" on Prince and 3rdEyeGirl's album Plectrumelectrum. She also made guest appearances on tracks by Clean Bandit ("New Eyes"), Bastille ("Torn Apart"), and Sean Anonymous and DJ Name ("Cold Shoulder"), and appeared as a musical guest on the Late Show with David Letterman.

She collaborated with Lazerbeak once again on her second album, Big Grrl Small World (2015), which was co-produced with Sam Speigel and Stefon “Bionik” Taylor, and was recorded in the studio of Bon Iver's Justin Vernon.

2016 was a big year for Lizzo, who enjoyed a short-lived stint as host for MTV's live music series Wonderland. It was also the year that she signed to Atlantic Records, releasing her major-label debut, the Coconut Oil EP, in October 2016. The EP's lead single, "Good As Hell", appeared on the soundtrack for the 2016 film Barbershop: The Next Cut and was featured on an episode of RuPaul’s Drag Race. Lizzo herself appeared on the TV show the following year as a guest judge. 2017 also saw the release of her single "Truth Hurts".

In 2018, Lizzo toured as support on Haim's Sister Sister Sister Tour and Florence and the Machine's High as Hope Tour with her group of back-up dancers, the Big Grrrls, who are all plus-size women. She also appeared in ModCloth's 2018 "Say It Louder" campaign.

Lizzo released her third studio album, Cus I Love You, in 2019, preceded by the single "Juice". The album debuted at number six on the Billboard 200 and remained inside the top 10 for several weeks. "Truth Hurts" was featured in the 2019 Netflix film Someone Great, which became a viral sleeper hit two years after its initial release, peaking at number four on the Billboard 200. Her performance of "Truth Hurts" at the 2019 BET Awards earned Lizzo a standing ovation from the crowd, which prominently included Rihanna. 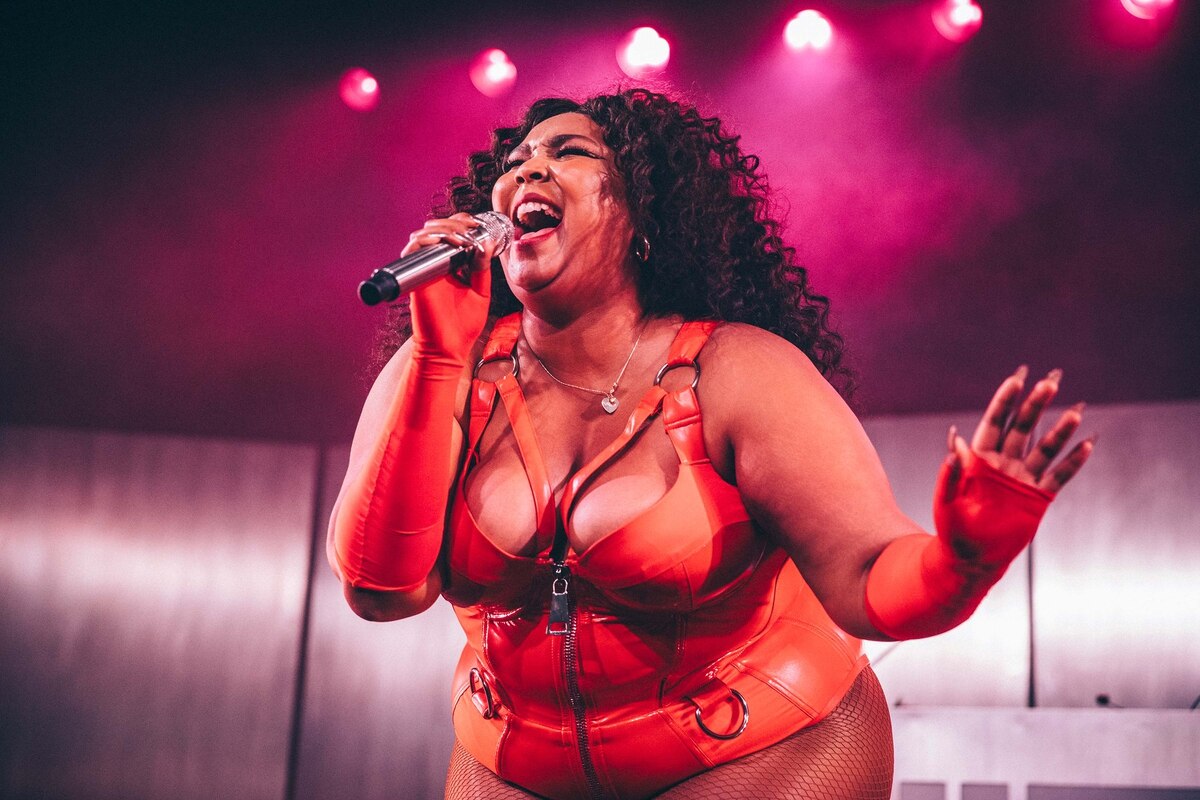 A singer, rapper, flautist and booty shaker with a powerful message of self-love, Lizzo is the name on everyone's lips!

Combining hip-hop, soul and gospel with bubbling sex appeal, charisma, humor, body positivity and out-of-this-wold stage presence, Lizzo is currently taking the world by storm! She's collaborated with Missy Elliot and the late, great Prince, earned a standing ovation from Rihanna for her performance at the 2019 BET Awards, and continues to prove that she is on her way to global domination!

Have you caught the Lizzo bug...? Then we have tickets for you - click the events below to grab yours today!!!