Billie Eilish was raised by a family of actors and musicians so it seemed natural for her musical talent. Born on December 18th, 2001, Eilish is the youngest daughter of Maggie Baird and Patrick O'Connell. Also, she has mainly Irish and Scottish ancestry. Eilish was homeschooled and joined the Los Angeles Children's Chorus by the age of eight. At age 11, Eilish began to seriously write and sing her own songs.

In fact, she wrote her first song when she was four and it was about falling into a black hole. However, it was her dance instructor who unlocked her talent for smart, dark pop songs when he asked her to submit a song for class. Along with her older brother Finneas (who was already into singing, songwriting, and playing in a band), Billie came up with her first single named “Ocean Eyes”. The song was originally written by Finneas originally for his band but he thought it would sound better with Eilish’s voice. The song is an astonishingly assured ballad, which compared falling in love to falling off a cliff under "napalm skies". She posted it on Soundcloud with a download link so her teacher could have access to the recording before she went to bed. Eilish did not expect to wake up to a flurry of emails about her burgeoning music career.

In that same year, Billie Eilish released her single “Six Feet Under”. The song was written by both Eilish and her Finneas prior to releasing “Ocean Eyes”. However “Six Feet Under” did not receive as much attention as “Ocean Eyes”. In an interview held in 2017 after the release of her third single “Bellyache”, Eilish received much criticism and was told that her song may be kept off the radio due to the gory lyrics. In response to her criticism, she replied that she is not too worried. Eilish basically said, "I don't need many people to care. Even if other people don't like it, I like it."

Videos emerged online of a compilation featuring Eilish experiencing tics related to Tourette syndrome. On November 27, 2018, she posted on her Instagram account confirming Tourette syndrome was a part of her life.

After the successful released of “Ocean Eyes” in early 2016, a music video was released on March 24, 2016, and a video of Eilish performing a dance to the song was released on November 22, 2016. In the same year, Eilish also released the single "Six Feet Under." "Ocean Eyes" was rereleased worldwide through Darkroom and Interscope Records on November 18, 2016. It received mainly positive critical reviews. Following the success of the "Ocean Eyes" remixes, Eilish released the single "Bellyache" on February 24, 2017. "Bellyache" was produced and co-written by Finneas O'Connell, with a music video directed by Miles and AJ being released on March 22, 2017. On March 30, Eilish released the track "Bored" as part of the soundtrack to the Netflix series 13 Reasons Why.

On each Friday in July, Eilish would add another single to the EP. "Idontwannabeyouanymore" and "My Boy" were released on those Fridays. On the other hand, “Don't Smile at Me” was released on August 11, 2017. After the release, Eilish collaborated with American rapper Vince Staples for a remix of "Watch" titled "&Burn".

In February 2018, Eilish embarked on the Where's My Mind Tour, which concluded in April 2018. For the Record Store Day of 2018, Eilish announced a 7" vinyl featuring an acoustic version of her song "Party Favor" and an acoustic cover of Drake's "Hotline Bling". 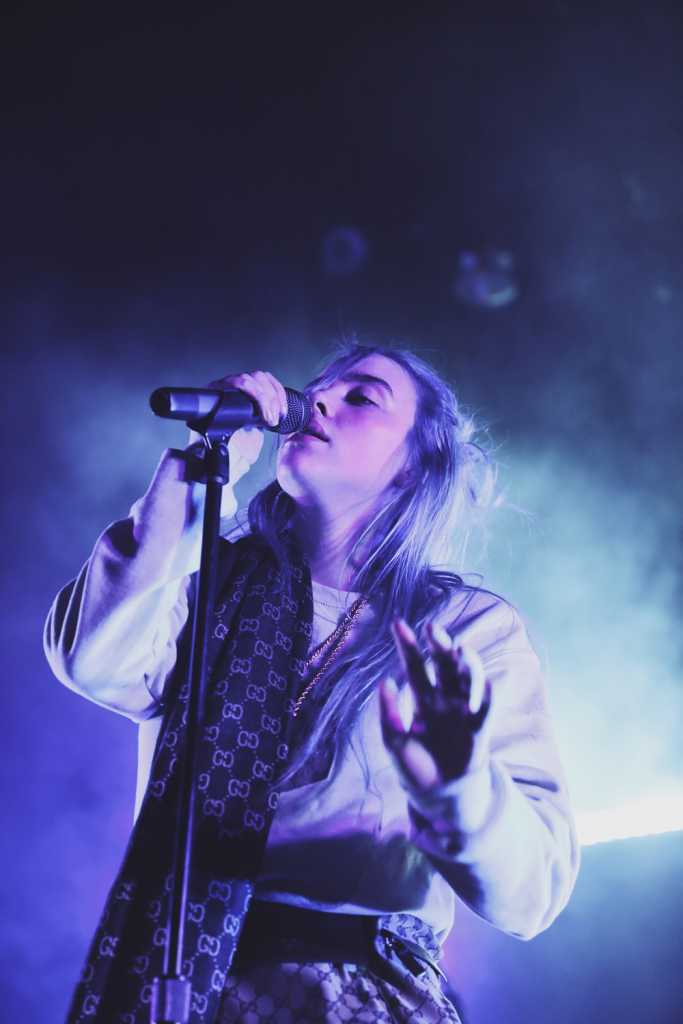 Who is the 17-year old Los Angeles native transitioned from dancing to writing searing, wise-beyond-her-years singles like "Ocean Eyes" and "Bellyache"?

The answer is none other than the beautiful Billie Eilish with a charming vocal like no other.

Billie Eilish Pirate Baird O’Connell, or better known as Billie Eilish, is said to be Pop’s Most Impressive 15-year old in 2017. She is a Los Angeles born singer and songwriter since 2015.

Keen on watching this musical prodigy sing live? Good news! We have tickets for all her upcoming performances. Simply click the events below to purchase Billie Eilish tickets now!