Hirie's the kind of artist that keeps on giving to her fan base, with her relatable lyrics that most people can get behind. With her story telling approach to songwiting, it has led her to become globally known in the Reggae music scene, as well as the Pop industry. The positive message that she spreads through her music brings to mind artists such as Lauryn Hill, Bob Marley, Michael Franti as well as the superstar diva vocalists of Whitney Houston and more.

With Hirie's eclectic background, it has definitely helped to shape her music career, to be a diverse and easily accessible one for the masses. With her roots from the Philippines and her major moves to different countries with her family, you can hear it all in her songwriting. Hirie moved to Italy with her family and then to Hawaii where she recieved her artist name and now she calls San Diego her home.

“Living in different places, you realize just how eclectic everything is and how beautiful different cultures are,” she said. “Everything is so diverse. You have to embrace it, and you have to appreciate it to really get by in life and to really fully enjoy it.”

Reggae holds those philosophies dear, and the singer connected with them from a young age. “Hirie” is a combination of the Jamaican patois word “irie” and the abbreviation for Hawaii.

“Irie is like a state of mind of being content and happy and above the influence,” she said.

All of this life experience has helped to shape Hirie's influences and ideas for creating songs, it's no wonder that she's all about spreading positivity and light on important matters and also emotional matters of the heart, one thing is true, her music really does come from her soul and mind and she continues everyday on the path to becoming a better person so that she can be the best artist as well.

With her feel good energy, Hirie resembles all of the goodness from her spiritual home in Hawaii, which led her so naturally to creating Reggae inspired music.

Hirie found her love and passion for songwriting and went on to creating her first self-titled debut album to showcase all of her talents. The 2013 album cover speaks for itself as Hirie stands on a beach with the breeze in her hair, even before a listen, you know that Hirie is a natural kind of artist.

The first track on the album starts off with a slightly more electronic sound mixed with african drumming and the album progresses smoothly into a second track which spreads an upflifting message for anyone going through troubles, to make people "Smile."

The album has a very roots reggae feel, with horn led melodies and riffs throughout, but Hirie's vocals are the main feature for sure as she goes on to talk about her own experiences in life, such as "Sensi Boy" where she mentions her love for marijuana.

Although the album is a very professionally produced piece, Hirie still includes a few acoustic songs with the help of her ukulele where her Hawaiian influence shines through.

Hirie moves on to creating her second album "Wandering Soul" in 2016, the album track itself is a perfect introduction as she speaks about her travelling life style and background and also her spiritual way of life as she expresses her thoughts and feelings.

Her song Good Vibration is probably one of the most important songs on the album as it pulls together all of the elements of how she wants to live her life, speaking from a very real perspective and how to live in a positive way, it also features vocals from Trevor Hall, her first collaboration on the album.

The album on a whole has a different feel to her first, a more polished and more developed sound and a great representation of Hirie as an artist. And one of the biggest songs to date is You Won't Be Alone, which is an emotional kind of anthem.

The other collaboration on this album, includes working with Nahko from Nahko and Medicine for the People, a similar artist who embarks on a misson to spread love and bringing people together. On "Renegade" Hirie and Nahko have created a floor stomping track that you just know must kick off when performed live, with it's full and dancey groove throughout.

Hirie has given the world all kinds of sides to her story and who she is as a person, with her social media containing a very behind the scenes "real" approach and the same goes for her music. As she has progressed through the years from her Acoustic Ukulele led melodies to a heavily produced sound, 2019 brought brand new material to her fans and her album Dreamer was born.

It was pretty clear from the get go that Dreamer once again gives a true representation of Hirie, but just as her life shapes and changes, so does her soundscape, so it's no wonder that Dreamer has a slightly more modern feel to it. With uplifting tracks such as "She Go" and more of a ballad sound on "Message in a Bottle" which we haven't really heard from Hirie before.

If you look at Hirie's music on a whole, from her three incredible album releases and her show stopping powerful performances - Hirie has it all, with a beautiful blend of Reggae, Pop and Soulful styles she's elevating more and more in her career and gaining a bigger fan base every single day.

As her career grows, Hirie continues to tour across North America and the world and loves to support other bands and artists on the scene. Sometimes appearing with Slightly Stoopid and showcasing special guests in her own headline show!

If you're lucky enough to be able to attend one of Hirie's shows then you are in for a treat - make sure to keep up with tour dates as they are announced and join her for the ride! 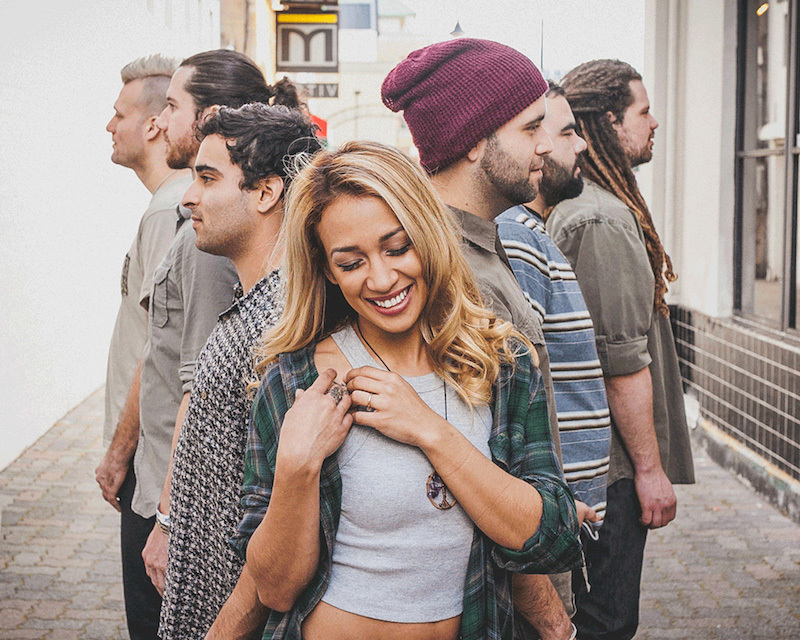 Her raw and passionate vocal abilites have had Reggae fans from all over the world unite over her music!

Hirie always gives a performance to remember with her beautifully blend of musical styles that also hint on elements from Rock, Jazz, Funk, Pop and more!

Always in keeping with her feel good approach to life, Hirie has released some amazing songs such as "You Won't Be Alone" "Good Vibration" "Renegade" and there's plenty more where that came from!

As Hirie brings to the world a brand new album, with a fresh take on her widely relatable soundscape...

Come and grab your tickets as Hirie comes to a city near you on her incredible tour! Keep up to date with all of her latest concert listings right here!