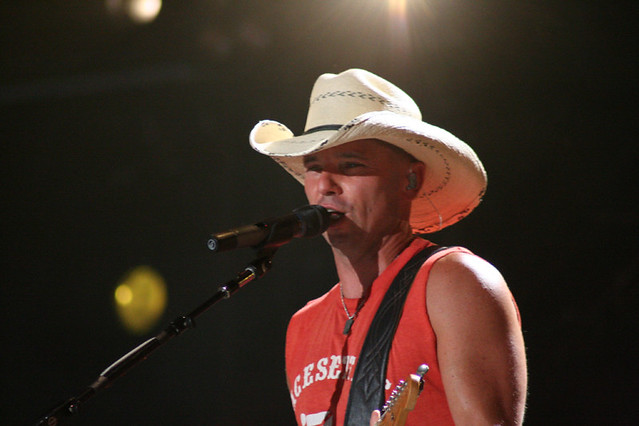 Kenny Chesney hardly needs an introduction as one of the most popular and most famous Country singers around, with his groundbreaking hit singles he has truly made his mark on the mainstream music scene and has lived up to his name with a long list of chart topping releases, staying at the top of his game throughout the years, with an impressive twenty albums released to date, most reaching Gold or higher certification!

As he grew up in Tennessee, music was very much a big part of Kenny Chesney's early life, as well as his other passions as a basketball and football player, as he was gifted his first guitar during the Christmas season, it made perfect sense to follow his dream as a musician and he began teaching himself how to play. With his newly found love, Kenny Chesney started writing his own songs during his college years and by 1989 he had already produced his very own album release in Bristol, Virginia. This sparked his career off with an instant success as he sold over a thousand copies and was able to follow his dream as a performer. As he took to the stages around his local music scene, Kenny Chesney made enough money to buy another guitar and by the time he graduated in 1990, he was already well on his way to becoming a true artist.

With his initial album out into the world, Kenny Chesney was picked up by BMI and record labels all around were eager to snap him up. His performances and on the record songs were causing a stir as he quickly became known for his flawless song writing abilities and signed his first deal with the independant label Capricorn Records. With the help of the label behind him, Kenny Chesney churned out his second and first major debut album titled, In My Wildest Dreams. The record spawned singles such as; Whatever It Takes and The Tin Man and showcased his music at it's very best. With his first chart success on the US Billboard Hot Country Singles & Tracks as well as sales of over 10,000 in the US, Kenny Chesney was now a huge name in country.

Kenny Chesney has had a string of successful, major album releases since he first took to the charts with In My Wildest Dreams, with a newly found contract to BNA Records, Kenny was able to progress further and dropped his album, All I Need to Know. The record featured various instrumentation from fiddle and even steel drums and showed his fans a new side to his vocal style, but still staying true to the roots of country music.

His third studio album, Me and You pushed him back up the Top 40 country charts and included singles such as Back In My Arms Again. This triumphant release gained Kenny Chesney his first ever gold certification and also gained him a win at the Academy of Country Music's awards as he took home New Male Vocalist of the Year!

The success kept on coming with a fourth studio release in 1997 with I Will Stand and just two years later, Kenny Chesney was back with another incredible album Everywhere We Go, the release was even bigger than all of his work previously as it peaked in the top 10 in the country charts and reached platinum status.

By 2000, just ten years after he first began his musical journey, Kenny Chesney had truly become an international superstar and it made perfect sense to release a Greatest Hits record to give to his fans as a thank you for following his work throughout the years. With a two year break to work on new material, Kenny Chesney didn't wait long til his next release in 2002 with No Shoes, No Shirt, No Problems and once again hit the number one spot on the Billboard charts with his hit single The Good Stuff.

Again after a two year breather between albums, Kenny Chesney came back with his 2004 When The Sun Goes Down record and topped all of his previous success with the number one single There Goes My Life, the song kept at the top of the charts for an amazing seven straight weeks and gained another award this time at the CMA's for Album of the Year.

As most successful artists do, Kenny Chesney has collaborated with incredible bands and musicians throughout the years, particuarly with fellow Country names, such as his cover version of Hey Good Lookin' originally by Hank Williams, Kenny recorded a unique version with one of his long personal favorite artists, Jimmy Buffett as well as Toby Keith. As well as this, he has also written with Tim McGraw, Rascal Flatts, Reba McEntire and more.

There's no doubt in mind that Kenny Chesney is an accomplished musician in his own right, with a lengthy list of album releases, his most recent work has led him to sign a contract with Warner Bros. Records in Nashville and together they brought out his latest record in 2018 with Songs for the Saints. Kenny Chesney continues to travel the world, bringing all of his greatest singles to the live stages across North America and wider. With an unstoppable upcoming tour set for the US in 2019 - 2020, Kenny Chesney will be giving his local fans a real treat, performing at smaller venues than he's played before.

Keep up to date with all of the latest announcements and dates as soon as they are released right here for your chance to catch Kenny Chesney live in concert! There's nothing quite like seeing your favorite artist take to the stage right before your eyes! 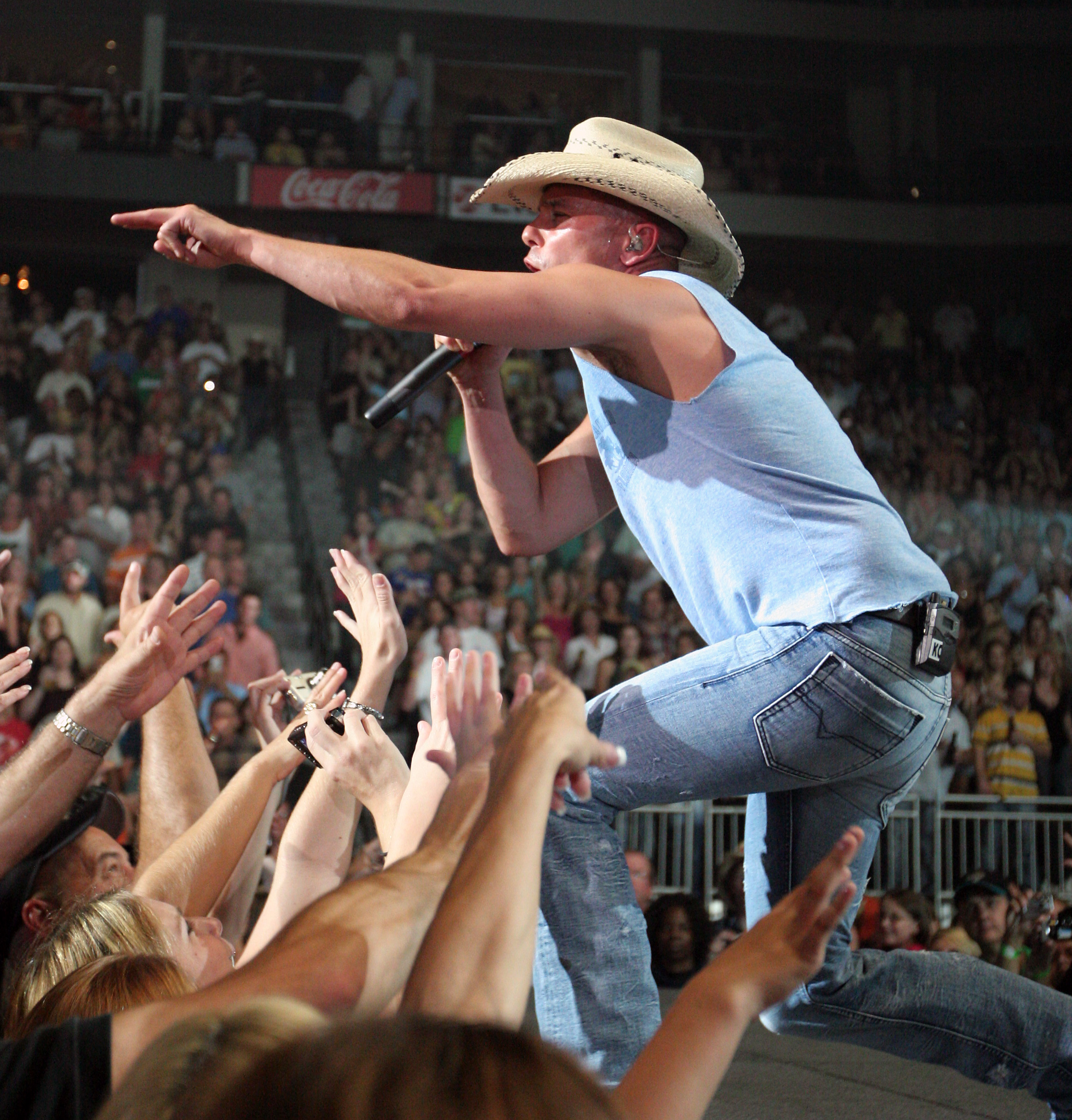 With his incredible hit songs, Kenny Chesney has become one of the biggest stars in Country music over the last few decades!

Throughout his career he has grabbed the spotlight and been an unstoppable artist within the genre, topping the Billboard charts and giving flawless performances time and time again.

Kenny Chesney has become the one to watch as his albums are groundbreaking and he never fails to excite his wide fan base, keeping them gripped to his every move!

If you love his amazing music and just can't get enough, then be sure to follow all of Kenny Chesney's tour announcements as soon as they are dropped - right here.