Filter these events
Filter These Results:
No events found near Wichita, KS

Welcome to the party! Jason Aldean has blown crowds away throughout his long-standing career and is known globally for his major influence on the Country music scene as he has grabbed the spotlight every step of the way! Fans know that any Jason Aldean concert is guaranteed to be full of pure entertainment, laughter and celebration as he always brings an effortless, mind blowing performance and encourages his fans to be a part of his shows.

With a career that has included nothing but the most groundbreaking chart topping hits, he's an artist that just keeps on giving! Load up the van, jump on to the subway get down to your nearest show and tell all your friends, because Jason Aldean concerts are always an unmissable experience.

Born in Georgia, Jason Aldean followed in his fathers footsteps and taught himself how to create songs by playing guitar and mapping out chords in his notebook as soon as his father went to work during the summer holidays. As soon as he returned from work, they would jam together, helping Jason develop on his skills. As he learnt to play songs by ear, such as "The Blues Man" by Hank Williams Jr, he was well on his way to being able to craft his own music.

Encouraged early on by both of his parents, Jason Aldean had decided that he was a performer at heart at the early age of 14. After discovering his talents, he went on to perform around the area and by the age of 15, joined his first band.

With his talents progressing throughout the next few years, by the age of just 21, Jason Aldean was offered his first record deal and then another with Broken Bow Records based in Nashville. This paved the way for his debut self-titled record and the rest is history.

After showcasing himself through his initial album, Jason Aldean had got a taste for making records and continued on his musical journey with his 2007 release of 'Relentless,' the album gave him success with reaching the top ten charts in both the US and Canada and helped to put him on the map for his fans.

But it wasn't until his third album, Wide Open when he recieved his proper mainstream break, his single "She's Country" kick started his long list of Hot Country Songs and top Billboard anthems and during the next couple of years, Jason Aldean became a firm name within the Country music scene. With other songs scuh as "Big Green Tractor" and "The Truth" along with "Crazy Town." With all of his chart success brewing, Jason Aldean secured a performance with the superstar name Bryan Adams and their performance of the song "Heaven" won two awards for their combined work.

Following up to his first three studio releases, in 2010, Jason Aldean brought out to the world his brand new single "My Kinda Party" which was an instant hit, to promote his fourth record to date. At this point, Jason Aldean had gained ten incredible top 10 country hits and just kept on giving his fan base pure excitement. That same year, he took to the stage with Kelly Clarkson for a duet performance of "Dont You Wanna Stay" during the CMA Awards and 2010-2011 became a groundbreaking time for this talented country artist. His collaboration with Kelly Clarkson shot straight into the spotlight and later recieved Grammy nominations for the Best Country Duo Performance.

Jason Aldean kept the hits coming and released songs such as "Dirt Road Anthem," "Fly Over States" and "Tattoos on This Town" which hit the number one spot while My Kinda Party was exploading across the music scene. 2011 was mostly spent dedicating his time to promoting his latest release and performed all across the board.

Just two years since he produced his My Kinda Party album, Jason Aldean was back in the studio and left fans in anticipation for what was about to come next. As he transformed the scene with another grounbdreaking single "Take a Little Ride" and announced his next album release would be titled Night Train. The album included collaborations with the top artists at the time such as Luke Bryan and Eric Church, with singles such as "The Only Way I Know" as his songs took to radio stations across the country, Jason Aldean was now a major name and his singles including When She Says Baby, as well as the songs listed above - all grabbed the number one spot on the Country Airplay.

Jason Aldean's newly found super star status led him to perform at the People's Choice Awards just one year later and also to host the 2013 CMT Music Awards also in 2013.

2014 showcased another highly praised single "Burnin It Down" off of his sixth album release to date called Old Boots, New Dirt. The record smashed the charts once again and became one of his most popular from his career as it spawned hits such as "Just Gettin Started" "Tonight Looks Good On You" "Gonna Know Were Here" - all of which became number one and number two hits within the Country Airplay once again. The record itself was included in Billboard's top 200 charts and gave him sales of over one million units. His tour titled also Burn it Down was one of his most successful to date and Jason Aldean joined Taylor Swift and Ariana Grande in the platinum album list for the year of 2014.

With a two year break from creating music, but not stopping with extensive touring to promote all of his biggest music to date, Jason Aldean was known as one of the busiest musicians around, especially within the Country music scene. And in 2016 came the news of his seventh studio record, They Don't Know.

Just as all of his previous releases had topped the charts, so did They Don't Know and songs such as "A Little More Summertime" "Lights Come On" "Any Ol' Barstool" were quickly included in his much loved catalogue of songs.

In 2017 he released the news of another album Rearview Town which of course included the hit single "You Make It Easy." And in 2019 his latest album 9 was also brought out to the world.

2019 marked an impressive time in Jason Aldean's career with his amazing achievements, groundbreaking chart success, a whopping nine albums released and no sign of stopping any time soon - this artist is one that just keeps on giving and sure knows how to keep a crowd entertained.

As one of the top Country artists - now of all time, Jason Aldean isn't going anywhere and remains to be at the top of his game, travelling the world to perform his live and exciting performances.

Catch all the latest by staying up to date - right here! 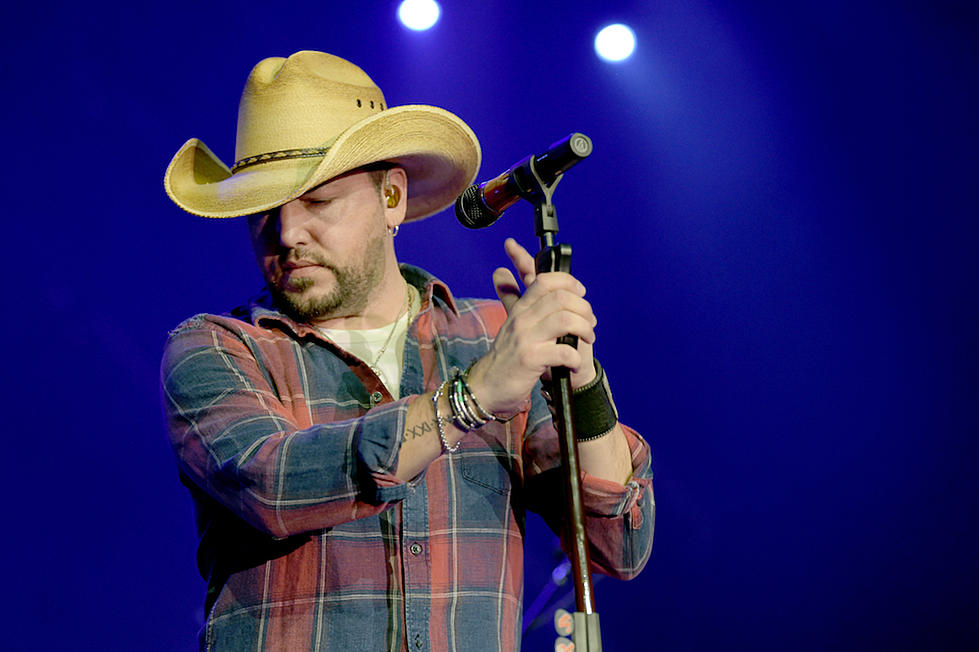 Known for his wide selection of Country songs, Jason Aldean has been crushing the music charts ever since he first made his debut all the way back in the late 1990's.

His groundbreaking anthems have led to his name becoming well known all around the world and to being a firm favorite on the scene, with tracks such as Why, She's Country, The Truth, Big Green Tractor among so many more!

His 2010 album, My Kinda Party, took his career into true stardom (if it wasn't already there) and was certified quadruple-platinum by the Recording Industry Association of America.

If you can't get enough of Jason Aldean and his incredible songwriting then be sure to keep up to date with all of his latest tour announcements right here for your chance to see him live in concert!