Chris Stapleton was born and raised in Kentucky; the middle son in a family with a long tradition of coal mining. Growing up in the small town of Staffordsville, near Paintsville, he played football and was his class salutorian at Johnson Central High School. After graduating, he attended Vanderbilt University in Nashville, Tennessee, where he studied engineering before dropping out after his first year.

Whilst living in Staffordsville, Stapleton performed in a Travis Tritt tribute band, which gave him his first taste of the stage.

Upon moving to Nashville in 2001, two years after starting his tribute band, he was signed as a songwriter to a publishing deal with Sea Gayle Music, just four days after arriving in town. Over the years as a songwriter, he has written over 150 songs for other artists, including George Strait ("Love's Gonna Make It Alright"), Kenny Chesney ("Never Wanted Nothing More"), Luke Bryan ("Drink a Beer”), Thomas Rhett (“Crash and Burn”), Darius Rucker ("Come Back Song"), Josh Turner ("Your Man”), and Adele ("If It Hadn't Been for Love"), as well as Lee Ann Womack, Brad Paisley, Dierks Bentley and Tim McGraw.

Six years later, he formed the bluegrass band The SteelDrivers and performed as the group's lead singer. The band's 2008 self-titled debut album charted on the U.S. Billboard Top Country Albums Chart and the following year they were nominated for the 2009 Grammy Award for Best Country Performance by a Duo or Group with Vocals for their song "Blue Side of the Mountain." Their 2010 follow-up, Reckless, was nominated that year for both Best Bluegrass Album and Best Country Performance by a Duo or Group with Vocal for the song "Where Rainbows Never Die". That April, Stapleton left the band in order to spend more time with his family.

The same year as The SteelDrivers was formed, Stapleton also formed The Jompson Brothers – a Southern rock band consisting of Stapleton (lead vocals, rhythm guitar), Greg McKee (lead guitar), Bard McNamee (drums), and J.T. Cure (bass). In 2010, the group released its self-titled debut album, and that September they were picked by Zac Brown to open for the Zac Brown Band on the Sailing Southern Ground Cruise. The Jompson Brothers toured nationally until 2013, when they disbanded.

That year, Stapleton signed as a solo artist with Mercury Nashville and released his debut single, "What Are You Listening To?", that October. He was also featured live at the Grand Ole Opry in 2013 with his wife Morgane, singing a cover of the Waylon Jennings song "Amanda," and had several songs included on the soundtracks of feature films, including Valentine's Day, Alvin and the Chipmunks: The Road Chip, and Hell or High Water.

Traveller, Stapleton's debut solo studio album, was released on May 15, 2015. The album won three awards at the 2015 Country Music Association Awards: Album of the Year, Male Vocalist of the Year, and New Artist of the Year. At the awards ceremony, he delivered a live with Justin Timberlake that was lauded by several publications and was his first step in becoming a household name, catapulting his album to number one on the US Billboard 200 Chart. That December, he received the 2015 CMT Artists of the Year Breakout award.

In January 2016, Stapleton was the musical guest for Saturday Night Live, performing the songs "Parachute" and "Nobody to Blame". 2016 also saw several collaborations for Stapleton – he and his wife Morgane contributed the track, "You Are My Sunshine", to Southern Family – a compilation record project from producer Dave Cobb. A collaboration with Jake Owen on the song "If He Ain't Gonna Love You" on Owen's album American Love followed, released that July.

On May 5, 2017, Stapleton released his second studio album, From A Room: Volume 1. The critically acclaimed album debuted at number one on the Canadian Albums Chart and number two on the US Billboard 200, also hitting the top spot on the US Country Albums Chart, where it stayed for several weeks. By May of the following year, it was certified platinum by the RIAA. It won the award for Album of the Year at the 51st Country Music Association Awards, and Best Country Album at the 60th Grammy Awards, and its singles "Either Way" and "Broken Halos" won the Grammy Award for Best Country Solo Performance and Best Country Song, respectively.

In January 2018, Stapleton returned as the music guest on Saturday Night Live. The following month, Justin Timberlake released his studio album Man of the Woods, which features three songs written by Stapleton. Their collaboration, "Say Something", reached the top ten list on the US Billboard Hot 100 chart. In March, his single "Broken Halos" off From A Room: Volume 1 reached the top of the Country Airplay chart, and it won Song and Single of the Year at the 52nd CMAs, where he also won Male Vocalist of the Year for a fourth time. 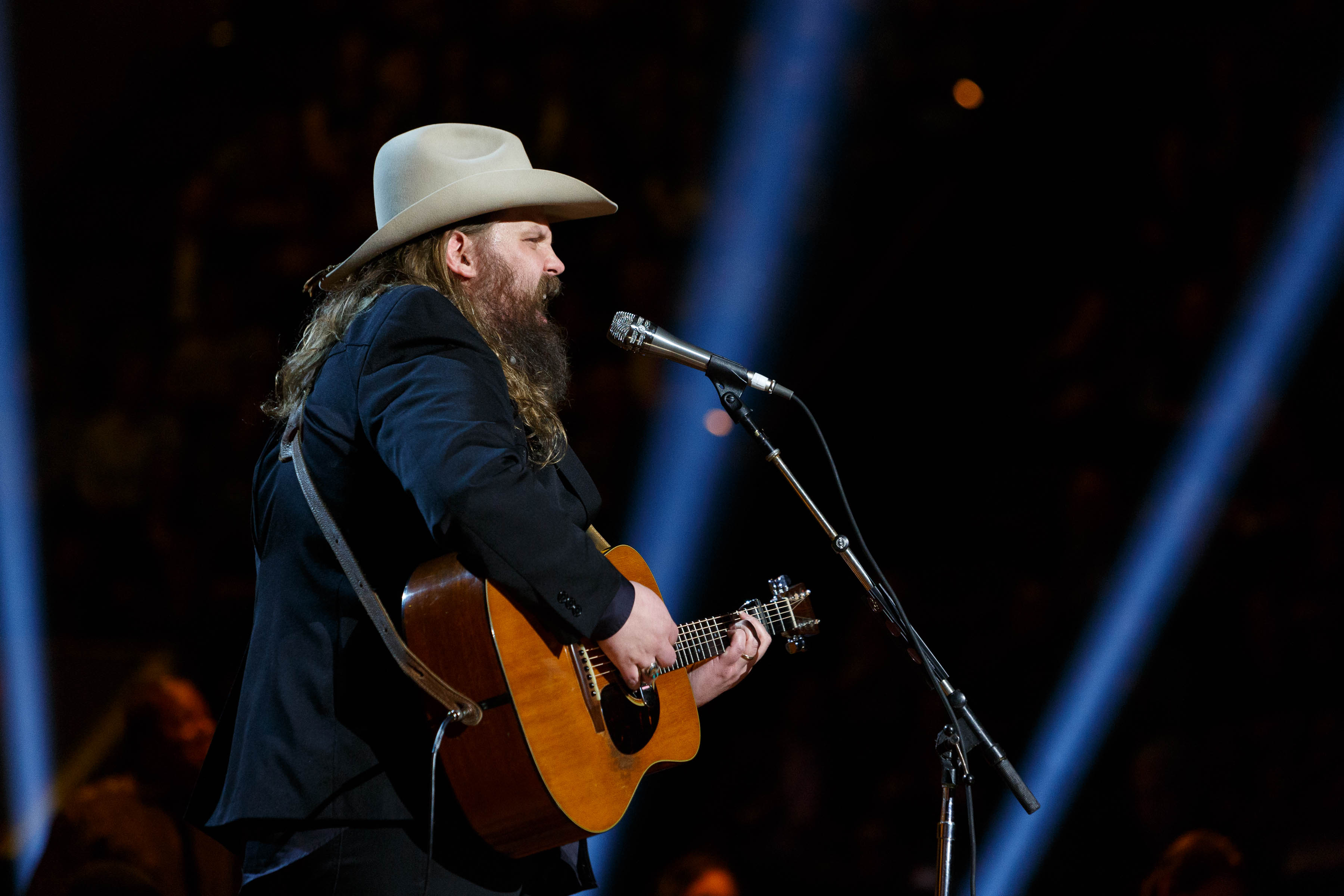 Multi-award-winning country music troubadour and overnight sensation Chris Stapleton rose to fame in 2015 with the release of his smash hit debut album, Traveller. Since then, the Americana star has continued to rise, with a whopping five Grammy Awards, seven Academy of Country Music Awards, ten Country Music Association Awards, and five Billboard Music Awards under his belt, among others. He has also been the recipient of nine ASCAP Awards, including the Vanguard Award, for his work as a songwriter, having penned hits for a wide range of huge artists!

Click the links for tickets to see this second-to-none artist perform live at a venue near you!